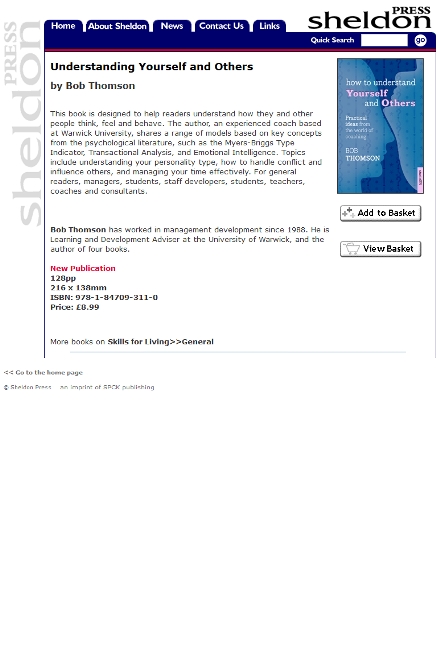 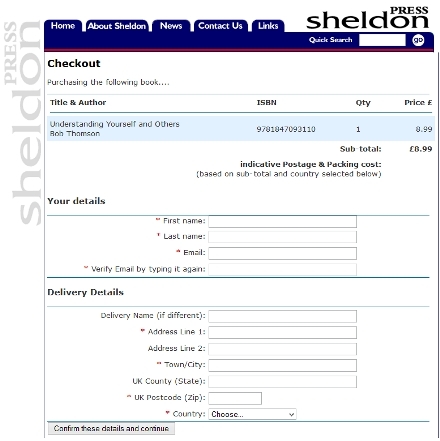 This publisher catalogue site, originally built in 2001, and operating with its original maintenance tools through various makeovers, had a custom ecommerce facility retrofitted and integrated with Macmillan Distribution Limited's fulfilment operation 12 years later. (Unlike some developers, we rather like updating our own sites: we build them so they're nice to return to and work on again.)

This one ran successfully until the Sheldon imprint was absorbed into SPCK Publishing's website in 2016.